This site uses cookies. By continuing to browse the site, you are agreeing to our use of cookies. Find out more.

Diary of a Broadway Dream: Chapter 4...

Diary of a Broadway Dream: Chapter 4...
If you are a musical theatre freak like me, you will know at least 2 of the people with me in this picture already
Yesterday, I was invited by my new friend Paige Davis ( standing to my right and a Broadway Star, well Legend really, not to mention major television star too ) to hear her speak about Chicago on Broadway. She is one of the Roxie's at the moment , and I honestly was so happy, because I thought I was going to her speak about one of my favorite Broadway shows!
Much to my surprise, she was hosting a panel where Broadway Royalty and original cast members "Bebe Neuwirth - Velma Kelly" and "Joel grey - Amos hart" ... also (not in the picture), original costume designer "William Ivey Long" were there to speak!
I was sitting in the green room backstage with Paige when they walked in. I was like a little kid who lost her ability to speak. I mean, Bebe Neuwirth is one of the reasons I do what I do, a true dancer at heart, tripple threat, Broadway Goddess. And Joel Grey will always be for me the Master of all Ceremonies, My absolut, all time favorite, nothing can ever beat it, Cabaret with Liza! Oh be still, my beating heart.
Completely overwhelmed by this surprise, I watched some of my heroes speak about Chicago from backstage, and managed to take this picture with them, after thanking them for their incredible work and their indescribable inspiration.
#ilovenewyork
Thank you for the lovely surprise @realpaigedavis 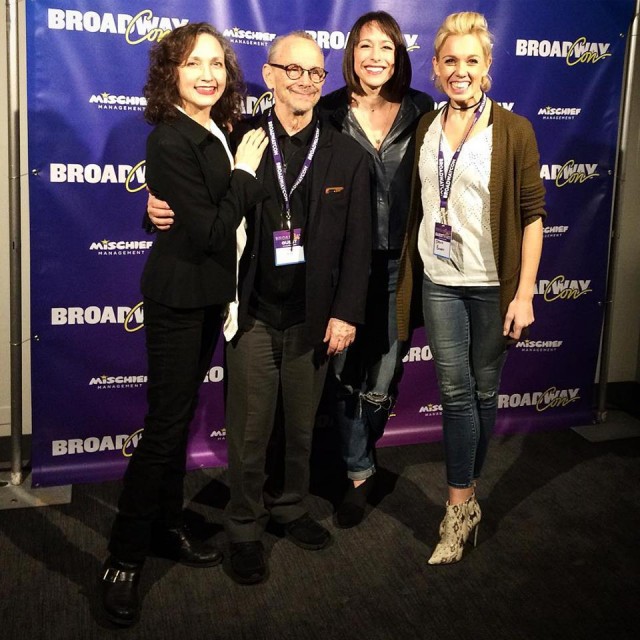 Diary of a Broadway Dream: Chapter 3...

Diary of a Broadway Dream: Chapter 3...

"And.... That's a Wrap"
Yesterday, my friend Alex and I assisted Miss Baayork Lee, choreographing a little dance "club" scene for a CBS television show #thegoodfight
After some very random preparation rehearsals earlier this week, where Alex and I were "bumping and grinding" for Baayork, in her stunning 66th street studio... we had a fabulous ( and extremely looooong ) day "on set" with the actors, showing them some sexy dance moves

In the end, they loved us, and Alex and I were thrown into the "Background" to bump and grind to our hearts content for the CBS cameras! #icanbeanextra #whynot
There is so much talent in this city, and everyone is hustling to get their chance to shine! Every single extra yesterday, I got the feeling, was a hopeful actor or actress, hoping to be discovered, and more than happy to put in the work!
I even ran to an audition yesterday between morning rehearsals and afternoon shooting, because the producer allowed me to, saying... " girl, I'm all for you going to grab another job... go for it, go get it"

#thisisnewyork #newyork
As hard as I know this is going to be... I still have hope there is a place and a chance for everyone here. For everyone who is hungry enough to know their dream and chase after it with all of their heart
Today: another 6.00am start, 2 auditions, 2 meetings, and then I'm off to "Broadway Con" to hear some Broadway legends talk about my favorite musical Chicago

#ilovenewyork  #kickballchange
The Good Fight: Our episode, I believe, April 15th... maybe you'll see a flick of my hair on the sweaty dance floor 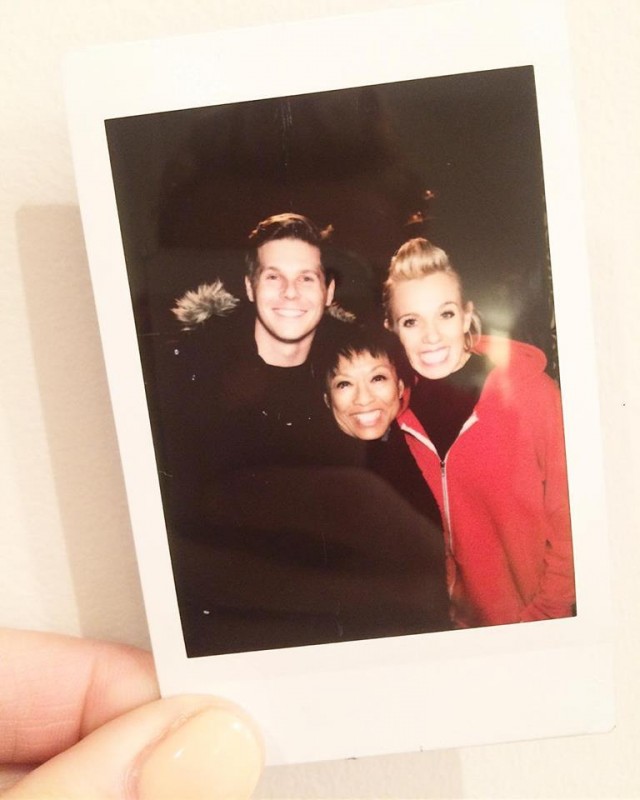 Diary of a Broadway Dream: Chapter 2...

Diary of a Broadway Dream: Chapter 2...
It's 7:14am at the Actor's Equity building on 46th Street. I have decided to arrive early today after missing out on 3 auditions yesterday because I was too late to sign up. The 'rules' here about how to sign up, exactly when you have to do it and how to beat the masses of hopeful candidates, to secure a place in the room... Is a whole new etiquette I still need to grasp!
Like I said, it's 7:14am and I left my house at 6:30am to get here early enough... to my surprise, there are already at least 60 people in the waiting room... I put my name on the list with the Equity monitor behind the desk... number 47! Not to bad, I guess. There are 42 "equity" slots available for my chosen audition today, maybe more, if people don't show up... I cross my fingers and toes, and hope I make it in today.
Next, I'll run to an ECC ( equity chorus call ) that starts at 10:00am, thanks to some friendly advice yesterday... I now know, to be there very latest 9:30am to sign up for that one.
After I have hopefully made it into and through those auditions, I have an appointment audition downtown... The best kind, as you just turn up and walk right on in
This is: "New York City - Audition Season"
As I write this post, the room continues to fill... There are easily over 100 people here now, it's not even 8:00am and the auditions don't officially start for another hour and a half.
I guess the saying is justified: If you can make it here ( forget talent... I'm thinking more on pure determination, sleep deprivation and perseverance alone ) you can make it anywhere
#newyorknewyork
#kickballchange 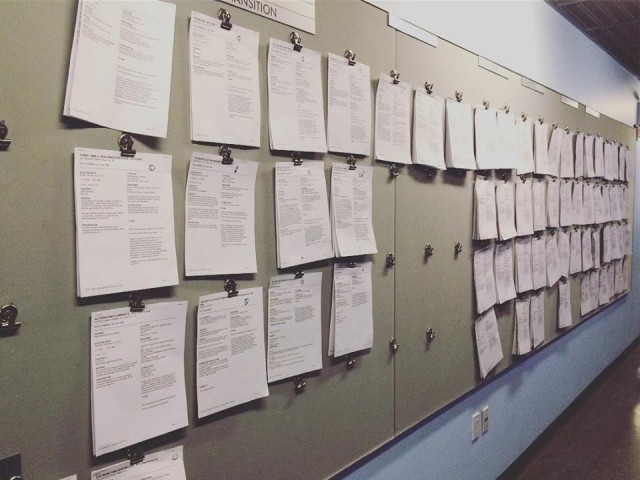 Diary of a Broadway Dream: Chapter 1...

Diary of a Broadway Dream: Chapter 1...

It's been almost 2 weeks, these baby's are back on my feet and I'm back into the swing of things. After almost fully settling into my new place, I made a final trip to ikea for all the things you forgot the first time, you know how it is. Only to realize at the register my wallet was stolen. I was a mess, in tears, in New Jersey with no way to get home, and no one at home to help me out. An angel appeared in the body of the store manager, who sympathetically took me to the police station to make a report, then paid for a cab to get me home, and gifted me my shopping. Her words: " this just can't be your welcome to New York, I have to make your day a little better than it's just turned out to be" Showing me, such an amazing and incredible kindness in this crazy world...
As disabling and disheartening as it has been with limited funds, and waiting for my new cards to arrive from Germany... I have still managed ( with the help of some wonderful new friends ) to get myself to a bunch of classes and auditions... My body is struggling, I am exhausted at the end of each day... I feel how much energy this city requires, but also how much energy it gives you back if you are hungry for it!
I am loving every single minute, I am finding my feet and my centre again... I feel, well.. Home.
I have NO IDEA what is in store for me, or how long it's going to take, but I'm loving it so far with every beat of my heart!

The day has finally arrived...

The day has finally arrived...
TODAY, with a green card in my hand, I follow my heart and move my life, 3 suitcases, my dance shoes and a whole lot of hope to “NEW YORK CITY”.
The place of Broadway and dreams come true.
I guess the saying goes... If I can make it there, I’ll make it anywhere...
Well, let’s see!
I have no job, and no real plan... but I have a roof over my head, some friends and this little girl’s dream....
Wish me luck.
Photo: Anelia Janeva 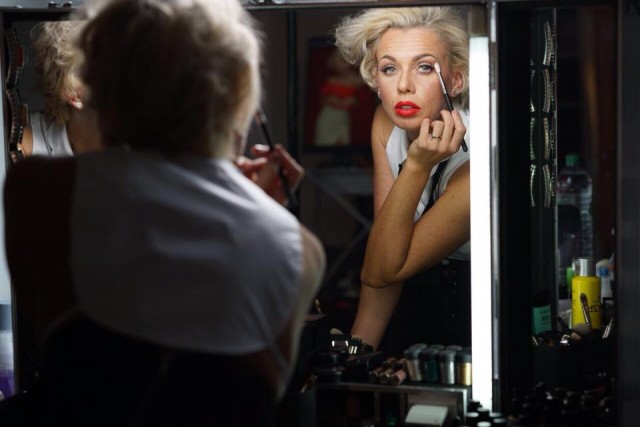